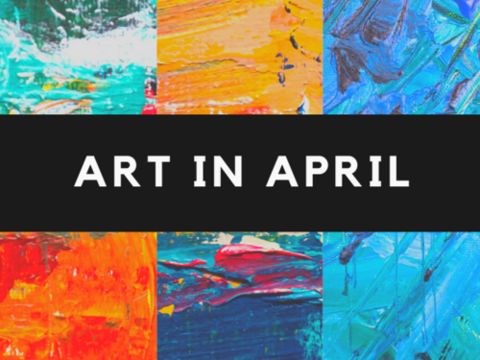 Throughout the month of April, OISS is highlighting the incredible arts programming that's happening across the university. While our galleries and museums might remain closed, the virtual programming that is being offered is the next best thing!

This week we are highlighting the Yale Center for British Art's At Home: Artists in Conversation program! Read the excerpt from their website below and register here to attend.

At Home: Artists in Conversation with Shirin Neshat
April 23, 12:00-1:00 PM
About Shirin Neshat
Neshat is an artist, actress, director, and filmmaker. Born near Tehran, Iran, in 1957, she now lives and works in New York. She initially used photography to explore gender and its relation to the religious and cultural value systems of Islam. Subsequent video works turned to poetic imagery and narratives. Her first feature film, Women Without Men (2009), brings together the lives of four women amid Iran's CIA-backed coup d'état in 1953. It received the Silver Lion Award for Best Director at the 66th Venice International Film Festival. Looking for Oum Kulthum (2017) follows an Iranian woman in exile and the consequences she faces in a conservative male-dominated society. Her next film, Land of Dreams (in production), is a political satire set in near-future America.
Neshat earned her BA and MFA from the University of California at Berkeley. In addition to her films, she directed her first opera, Aida, at the Salzburg Music Festival in Austria in 2017. She has been featured in numerous solo exhibitions at galleries and museums worldwide, including the Museo Correr, Venice, Italy; the Hirshhorn Museum and Sculpture Garden, Washington, DC; Detroit Institute of the Arts; and the Serpentine Gallery, London. A major retrospective of her work, Shirin Neshat: I Will Greet The Sun Again, is on view through May 16 at the Modern Art Museum of Fort Worth, following its run at The Broad, Los Angeles. Neshat is the recipient of the Golden Lion Award—the First International Prize at the 48th Venice Biennial (1999), the Davos World Economic Forum’s Crystal Award (2014), and the Praemium Imperiale (2017). She is a critic in Photography at the Yale School of Art.
This program is presented through the generosity of the Terry F. Green 1969 Fund for British Art and Culture.