In our country and our world today, questions about citizenship and immigration are hotly contested. But at Yale, we share none of this uncertainty about the critical importance of immigrant and international students and scholars. The work of the university—education and research—requires the free movement of people and ideas across national borders. On behalf of this university, I advocate for policies that will allow us to welcome students and scholars from around the world to our campus.

Starting in January, 2017 the Trump Administration began issuing Executive Orders charging the various agencies involved with managing legal immigration (primarily Departments of State, Labor and Homeland Security) to review and revise their policies. Since that time most agencies have issued Policy Memorandum which influence many different immigration processes. Some of these policies are being challenged in the courts. While many of the changes affect a wide section of the Yale population, the primary focus of this web resource is on non-immigrants with student or scholar visas such as F-1, J-1, H-1B, O-1, TN, as well as undocumented students. Please note that the information listed on these pages does not constitute legal advice. If you would like to obtain individual guidance or if you have any questions related to these changes please contact OISS directly.

USCIS rescinded a 14 year-old policy on “deference” meaning they will now adjudicate each application as if it is the first request. Previously USCIS would not scrutinize an H-1B or O-1 extension request since the merits of the case were adjudicated in the original application. Now petitioners must demonstrate each area or eligibility in each application creating potential for questions, or a denial without warning (see above.)

Interpreting the USCIS Rescinding of the Deference Policy (from NAFSA: Association of International Educators)

For many years USCIS has waived the interview process for green card applications that are based on employment.  The new requirement that all applicants must been interviewed in person has slowed the final stage in the green card process significantly.. Yale affiliates who are in the final stages of their green card should discuss the timing of the Adjustment of Status process with their attorney.

The Department of State introduced a new visa application form (form DS-5535) which will be used in select cases to ask additional questions about  past employment, study, and residences stretching back for fifteen years.

The April 18 Executive Order, Buy American and Hire American, calls for, among other things, a review of the laws and regulations governing the entry into the U.S. of workers from abroad, including a review of the H-1B program.  The White House has requested the executive agencies (Labor, Justice, Homeland Security and State) to suggest reforms as soon as practicably possible.  Since April 2017 we have seen various government agencies writing new policies (many listed on this page) limiting, or slowing immigration processes. An interesting article on the topic appeared in Forbes in September 2018.

The Department of Homeland Security posted two new “implementation memos” related to the Executive Orders issued on January 27th. Neither the Border Security or Enforcement of Immigration Law memos appear to have any immediate affect on international students (including DACA) and scholars. However they broaden the scope of who is deportable to an unprecedented level. The American Immigration Council, along with the National Immigration Project of the National Lawyers Guild and the ACLU Immigrants' Rights Project, provided a practice advisory addressing the coming expansion of expedited removal, who might be impacted by it, and possible ways to challenge an expedited removal order. Another topic of possible concern in the “Enforcement of Immigration Laws” memo is the potential vulnerability of Advanced Parole. Until we have further clarification of the memo we recommend that any member of the Yale community planning to use Advanced Parole speak to an OISS adviser before making travel plans. 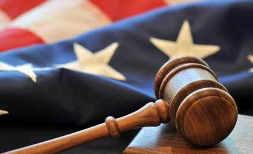